Home » Celebrities » Rachel Riley: Countdown star recalls running around in bikini while ‘strapped to a guy’

Rachel Riley: Countdown star recalls running around in bikini while ‘strapped to a guy’ Rachel Riley, 33, was asked by Countdown host Nick Hewer about any indoor or outdoor games she has played over the years, on today’s episode.

No doubt Nick wasn’t expecting the pregnant star to open up about a time she was half-naked.

Rachel, who is married to former Strictly Come Dancing professional, Pasha Kovalev, revealed she once had to  compete in a race in Oxford whilst wearing a bikini and strapped to a man.

“Even as an adult, I was forced to do a three legged race through Oxford in a bikini,” she began.

I was quite competitive

Nick quizzed: “How did it end up?”

Rachel replied: “I think I won, I was quite competitive. it was when I became netball captain and we did a hand over ceremony.

“Every year the girls arranged a different initiation and my one was to be strapped to a guy and leg it back across college with a beer jacket on thankfully, because it was still March, in a bikini.”

Nick joked: “We will play it in the interval.”

“You’re in the bikini,” Rachel cheekily said back.

Meanwhile, Rachel has been flaunting her bump on the latest episodes of Countdown. 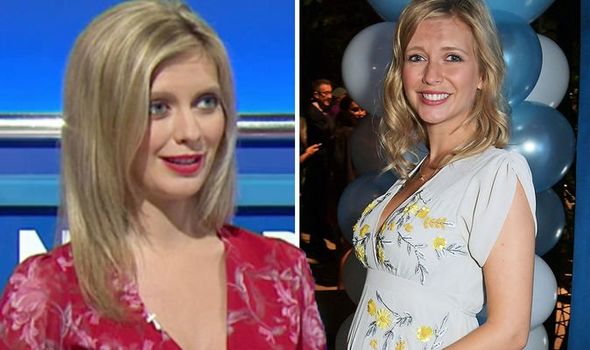 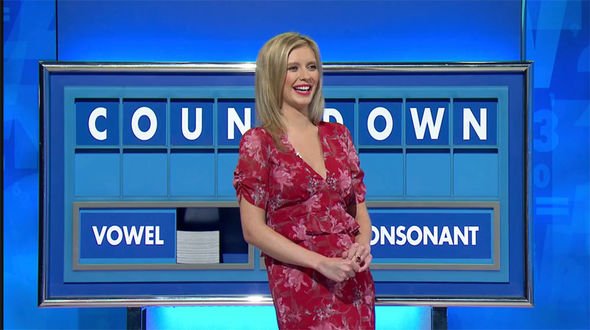 And the star showed off more of her blossoming bump in an Instagram picture of herself on set.

In the snap, Rachel looked incredible in a pink fitted dress, as she posed alongside mathematician, Hannah Fry, 35,

Rachel was quick to joke about the length of her “on screen pregnancy” in the caption of the photo.

She wrote: “The UK’s leading female mathematician, and me! 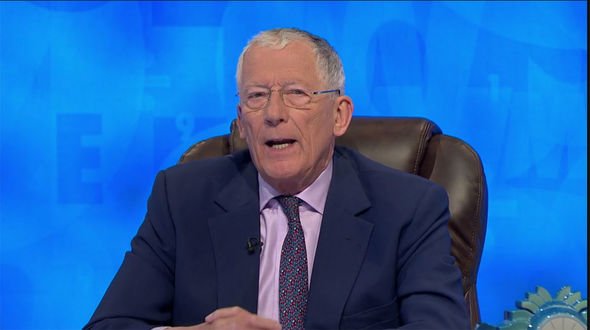 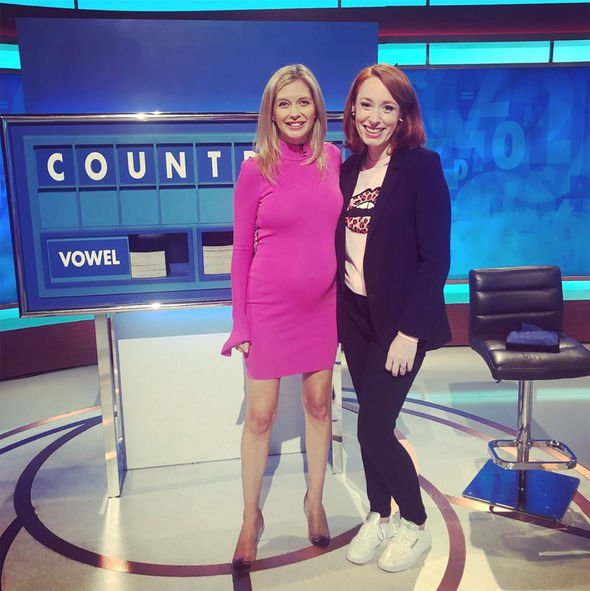 The star went on to reveal the episode filmed with Hannah will be airing at the end of November.

“On screen the last week of November, as part of my elephant-esque length on screen pregnancy,” Rachel quipped.

Rachel announced she was pregnant back in May, and she addressed their baby’s gender on Celebrity Gogglebox in June.

Talking about whether they know if they’re having a boy or a girl, Rachel said to her beau: “It’s too early. I can’t see a penis!”

“But they said it was too early so I might just be insulting our son,” she laughed.