Prince Philip Will Likely ‘Remain in Hospital’ for Further Observation 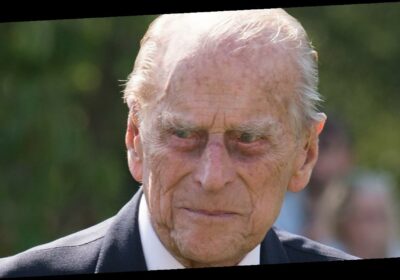 Hanging in there. Prince Philip will likely stay put at King Edward VII’s Hospital in London after checking in earlier this week.

“Following consultation with his doctor [Prince Philip] is likely to remain in [the] hospital for observation and rest over the weekend and into next week,” royal correspondent Omid Scobie tweeted on Friday, February 19. “As we have said previously the doctor is acting with an abundance of caution. The Duke remains in good spirits.”

The health update comes after Philip, 99, was admitted into the medical facility as a “precautionary measure” on Wednesday, February 17. “The Duke of Edinburgh will remain in the hospital, on a doctor’s recommendation, for a few days,” the palace said in a statement to Us Weekly.

The Duke of Edinburgh previously checked in to King Edward VII Hospital in December 2019. A palace spokesperson told Us at the time that Philip was undergoing “observation and treatment in relation to a preexisting condition,” noting that the visit was “a precautionary measure” based on the advice of his doctor.

The royal was released four days later on Christmas Eve and returned to Sandringham Estate.

Philip has been married to Queen Elizabeth II since 1947, making them the longest-married couple in the history of the British royal family. Together, they share four children: Prince Charles, Princess Anne, Prince Andrew and Prince Edward. They also have eight grandchildren and nine great-grandchildren.

Over the years, the 94-year-old monarch has spoken highly of her longtime husband.

“He is someone who doesn’t take easily to compliments but he has, quite simply, been my strength and stay all these years,” she said during a 1997 speech for their golden wedding anniversary. “And I, and his whole family, and this and many other countries owe him a debt greater than he would ever claim, or we shall ever know.”

Philip retired from his royal duties in 2017 after putting in seven decades of work. He made his final appearance as a working royal in July 2017 at the Duke of Edinburgh ceremony in Scotland.

Though his public appearances have become a rarity since that point, his most recent sighting came in July 2020 outside Windsor Castle when he passed over the role of Colonel-in-Chief of the Rifles to Duchess Camilla — the wife of his son Charles, 72.

Philip and the queen have spent much of their time amid the coronavirus pandemic quarantining at their second home, Windsor Castle in Berkshire, England. In January, a palace spokesperson revealed that the pair received COVID-19 vaccinations.