Prince Markie Dee of The Fat Boys dies at age 52 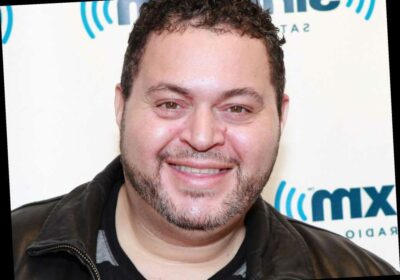 The Brooklyn native, whose legal name was Mark Morales, was also a prolific songwriter later in his career and hosted a radio show on SiriusXM’s Rock The Bells channel. His cause of death has not been released.

“Prince Markie Dee was more than a rapper; he was one of my very best and closest friends,” Louis Gregory, the group’s manager, wrote in a tweet. “My heart breaks today because I lost a brother. I’ll always love you Mark and I’ll cherish everything you taught me. Tomorrow is your birthday, swing my way big bro.”

— Louis “Uncle Louie” Gregory (@UncleLouie) February 18, 2021Forever in my Heart. Prince Markie Dee was more than a rapper; he was one of my very best and closest friends. My heart breaks today because I lost a brother. I’ll always love you Mark and I’ll cherish everything you taught me. Tomorrow is your birthday, swing my way big bro. pic.twitter.com/XcIsHixOoc

Morales formed the group alongside Damon “Kool Rock-Ski” Wimbley, and Darren “Buff Love” Robinson in 1983. The Fat Boys were known for their beatboxing (Robinson, who died in 1995, was also known as “The Human Beatbox”) and comedy in their raps.

Their fourth album, “Crushin,’” went platinum in 1987, partially on the strength of a “Wipeout” cover alongside The Beach Boys. The Fat Boys also starred in two popular films, 1985′s “Krush Groove” and 1987′s “Disorderlies.”

“They were figuratively (no weight jokes) the biggest act in hip hop at some point in time. Like the first act that showed this culture might have some real international legs to it,” Questlove wrote Thursday in an Instagram post. “They did dope routines and dance steps, albums went gold and platinum. Did movies and tv and commercials. They explored territories for the first time that today just seems like *yawn* a Tuesday.”

After the group split in 1991 (a breakup mentioned by both Chris Rock’s character in the 1992 film “Boomerang” and Jay-Z on the opening line of 2001′s “Heart of the City”), Morales penned numerous songs, including some of Mary J. Blige’s first hits.

He also earned writing credits on albums from Drake, Prince, Jennifer Lopez, Mariah Carey, Ariana Grande and Frank Ocean, among many others.

“As far as our peers are concerned, I think we get a lot of love and recognition,” Morales told Rolling Stone in 2017. “As far as the media though, I think we totally get ignored. … I think people look at Run-D.M.C. and Whodini as hip-hop artists, and they look at us as comedians. I’m not exactly mad at that, because we were trying to make people laugh and feel comfortable with being exactly who they were — fat, skinny, tall, short, gay, whatever. That’s the impression we wanted to leave on the world.”