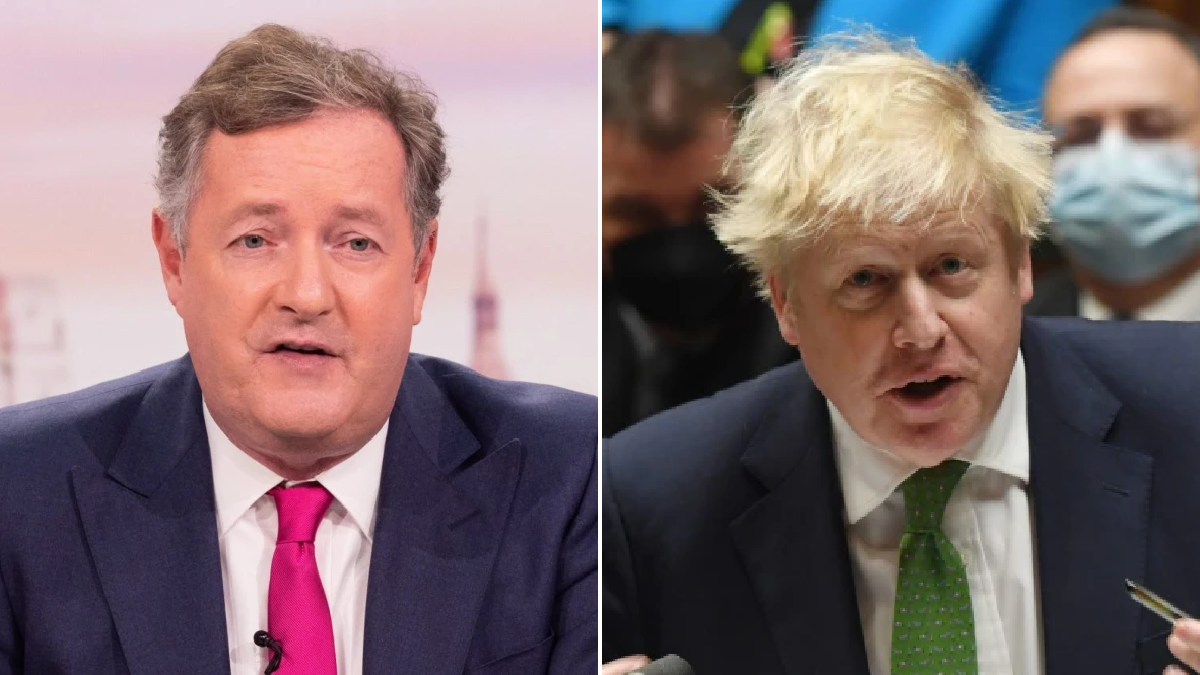 Piers Morgan has uncharacteristically applauded Boris Johnson after his trip to Ukraine amid the war against Russia.

Photos emerged of the two leaders shaking hands and having civil talks as Mr Johnson pledged to offer more military support and aid from the UK.

Praising the Conservative leader, Piers tweeted: ‘This was a bold, gutsy thing to do, Prime Minister. Made me feel proud to be British which is not something you’ve made me feel very often since you took office. Bravo.’

It was a surprise to Piers’ followers as the broadcaster has been notoriously critical of the Prime Minister over the past two years, due to the Government’s handling of the Covid pandemic and, most recently, the Partygate scandal at Downing Street.

His complimentary tweet was a response to Mr Johnson’s Twitter post, which said: ‘Today I met my friend President @ZelenskyyUa in Kyiv as a show of our unwavering support for the people of Ukraine.

Downing Street said Mr Johnson’s visit to Ukraine was a ‘show of solidarity’ with the war-torn country, which has been under attack from Russia since February 24.

The Prime Minister used the meeting to discuss a new package of financial and military aid to the country, confirming the UK will hand over 120 armoured vehicles and anti-ship missile systems to Kyiv.