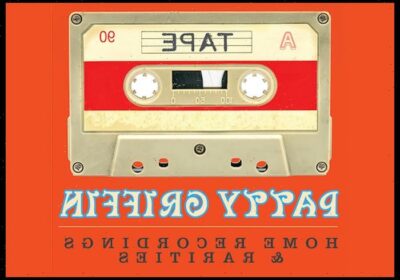 Patty Griffin has revealed that her upcoming album features a duet with Led Zeppelin‘s Robert Plant.

On Wednesday, she shared the song “Get Lucky,” a lyric video of which is also available now via YouTube.

TAPE, a collection of rare demos and home recordings selected by Griffin, will be released on PGM Recordings via Thirty Tigers on CD and on all digital platforms and streaming services on June 10.

Pre-orders are available now at a limited discount price of $7.99. In addition, TAPE will be available on cassette via RecordingTheMasters in conjunction with ThinkIndie Distribution on June 17.

Griffin said in a statement that all of the songs on TAPE were hand-picked by her after digging through old personal recordings during the Covid lockdown.

“I looked of course, and it was a pretty boring list for the most part. I later dug through some recordings I had done on cheap home recording apps, including my favorite one called TapeDeck which I’m not sure exists anymore. I really liked some of the songs. They were better than I had remembered,” Griffin said.

She added, “I dug around some more and found things from some GarageBand recordings, and then also a couple of things from an in-studio demo session in Nashville that were pretty interesting, including a duet I did with Robert Plant when we first met. It all seemed worth listening to. Back then I didn’t think so, but I do now.”