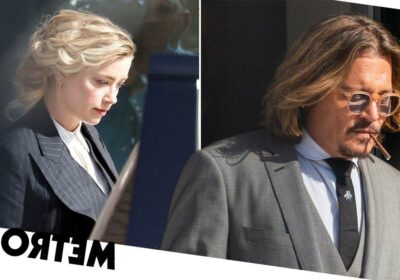 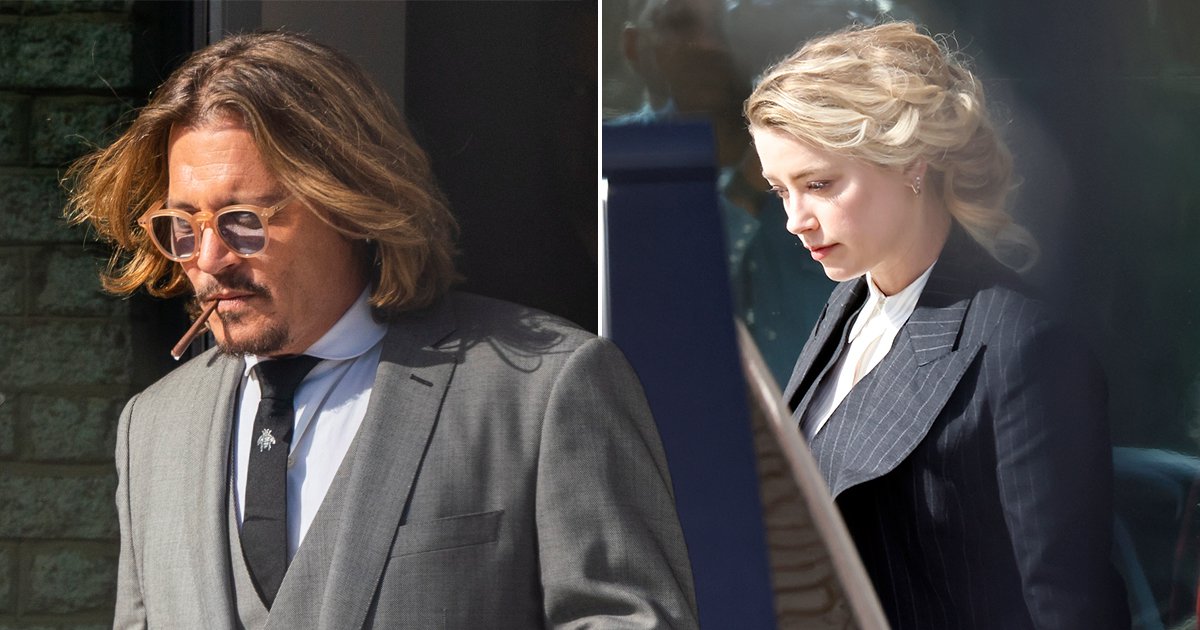 Both actors were seen leaving the Fairfax County Courthouse on Monday.

Today, a jury is scheduled to hear opening statements.

The Pirates of the Caribbean star, 58, is suing his ex-wife for defamation over an op-ed she wrote in the Washington Post, discussing her experiences of domestic abuse.

The article was published in 2018, with the title: ‘I spoke up against sexual violence — and faced our culture’s wrath. That has to change’. It did not mention Johnny by name.

His lawyers have said that this ‘falsely implies’ that the 35-year-old was subjected to abuse during their marriage, with the actor seeking $50million (£39m) in damages.

He has categorically denied the implication that he was violent towards his ex, and claimed that the allegations have made it difficult for him to get roles he once did.

In return, Amber has countersued for $100million (£76m), with her lawyers arguing that she should be immune from the libel suit because of a Virginia law known as an anti-Slapp provision (Strategic Lawsuit Against Public Participation).

The measure ensures immunity from civil liability when it comes to statements regarding matters of public concern which would be protected under the US constitution’s First Amendment.

The hearing is taking place at the Fairfax County District Courthouse in Virginia – despite the couple living in California – because the Washington Post’s online editions are published through servers located in the area.

Amber previously addressed the trial on social media, explaining to her followers that she will be ‘going offline’ for ‘several weeks’.

‘As you may know, I’ll be in Virginia where I face my ex-husband Johnny Depp in court,’ she wrote last week.

‘Johnny is suing me for an op-ed I wrote in the Washington Post, in which I recounted my experience of violence and domestic abuse.’

‘I never named him, rather I wrote about the price women pay for speaking out against men in power. I continue to pay that price, but hopefully when this case concludes, I can move on and so can Johnny.

‘I have always maintained a love for Johnny and it brings me great pain to have to live out the details of our past life together in front of the world.’

‘At this time, I recognize the ongoing support I’ve been fortunate to receive through these years, and in these coming weeks I will be leaning on it more than ever. With love always, A.’

Last year, Johnny lost a similar defamation case in the UK, which he brought against the publishers of The Sun newspaper, News Group Newspapers (NGN).

An article also written in 2018 by The Sun’s executive editor Dan Wootton referred to the Edward Scissorhands lead as a ‘wife-beater’ in the headline.

Following a 16-day trial, a judge found the content of the article to be ‘substantially true’ – he has been refused permission to appeal against the decision at the Court Of Appeal.