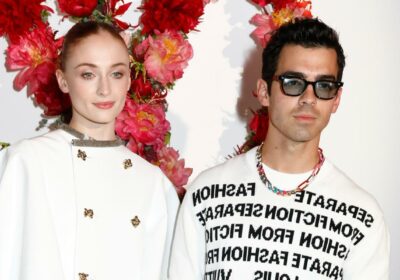 The couple made their first red carpet appearance together since they welcomed their daughter Willa almost a year ago.

While Joe has attended multiple events with his brothers, this is the first big event Sophie has gone out to!

Sophie is actually a Louis Vuitton ambassador and even appeared in their Spring/Summer 2021 campaign earlier this year.

Also in attendance at the event were Bella Hadid, Katy Perry and Orlando Bloom, and Joan Smalls.

If you missed it, it was recently announced that Sophie has joined the cast of this upcoming movie… She also has two TV shows in the works!

FYI: All of the celebs are wearing Louis Vuitton.