And he had a point: when we meet in Beverly Hills, it’s clear that she could pass for at least 10 years younger than her birth certificate. Jane laughs as she recalls how she told him: “I just have a nice hairdresser who colours my hair brown – thank you, hairdresser – but if I show you a picture of me from another movie wearing a grey wig… “He said, ‘Wow, you can do that?’ I said, ‘Yeah, I can do that!’ I’ve never been afraid of playing older: I’ve been doing it since I was much younger than I am now.” Suffice to say, she got the part in The Kominsky Method.

The Netflix show stars Douglas as Sandy Kominsky, a respected Hollywood acting coach who had a brief moment of success as an actor. The second season, featuring Jane, is set to premiere later this month.

She aged herself for the role of Madelyn, an old flame of Sandy’s friend Norman Newlander (played by Alan Arkin, who is himself 85). Madelyn is a vital 70-something, with wrinkles on her face, a glint in her eye, and no patience for nonsense from Norman or anyone else.

Off screen, Jane remains erect and graceful, with enviably unlined skin and the upright posture that comes from years of ballet training.

“I was a little bit more limber when I was young,” she notes ruefully. “I could definitely run faster and I probably had much smoother skin.

“But the great thing about my age is that I’m completely independent now. I’m not married, I run my own businesses, I do everything for myself .

“I’m a far more independent person than I’ve ever been in my entire life, and if I had to do it again, I’d have been like this earlier. But I wasn’t: I was raised in a different era, when we were all told that men knew better. Not so much, it turns out!” 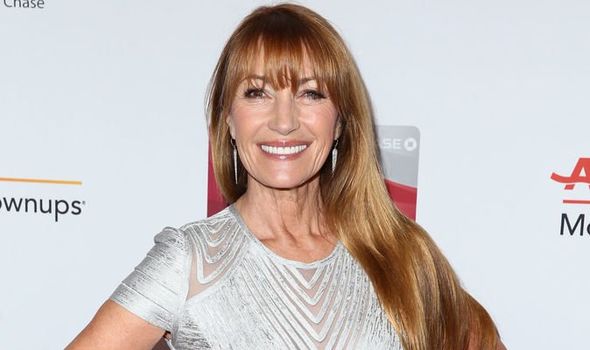 In fact, a list of Jane’s activities outside acting is verging on the dizzying. A talented painter in both oils and watercolours, she recently appeared in BBC TV’s Celebrity Painting Challenge and she exhibits in art galleries across America.

She also has her own jewellery line, an assortment of pendants featuring open hearts, the proceeds of which go to her philanthropic organisation The Open Hearts Foundation.

When she’s not busy with that, she’s designing high-end furniture with luxury designer Michael Amini.

“I’m not a qualified designer,” she says. “But I’ve always been interested in interior design and I know what tastes I love. I used to have a home in England, Saint Catherine’s Court, that was over a thousand years old, and I completely did that up.

“I also used to design houses and people would buy them fully furnished. I love all that stuff, and we sell our furniture all over the world.”

Between that and a busy acting career, you have to wonder just how she keeps herself going – especially at an age when many people are starting to think of putting their feet up and reaching for the crossword.

“I try to take care of myself,” she shrugs, briskly. She has tried Botox but felt it got in the way of her acting, and she admits to having breast implants after she had children. 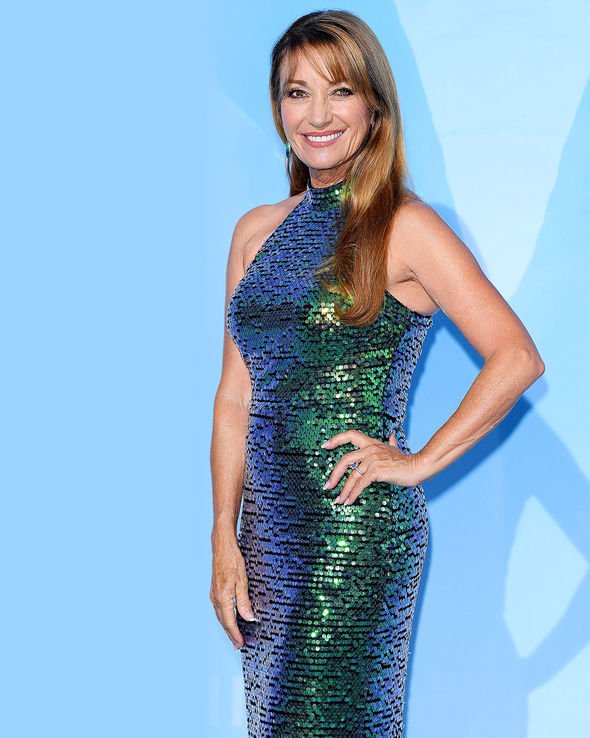 Now she says: “I don’t do anything drastic to my face, no surgeries or any of the other crazy stuff that people are doing, which is why I can play Kominsky one minute and go back to looking like myself the next.

“I work out and I try to eat healthily. I have grandchildren who are just heavenly, and I like to travel with my children – I just took one of them to Indonesia and Vietnam which was a business trip but we turned it into pleasure.

“The other two just came with me to Monte Carlo and Venice and Florence, and I want to continue to be able to show them part of my life and part of the world while I’m still around.”

It also undoubtedly helps that she’s happily in love. Four times married and divorced, for five years she has been in a relationship with director David Green, the man behind the crime-drama movie Buster and action-adventure Wings Of The Apache and more than 100 dramas and documentaries on TV.

“We’d first met 38 years before,” she smiles of the beginning of their romance. “He’d wanted me to play Mata Hara in a movie and I said yes – and then they never made the movie.

“Then he went on and had a career and married somebody – oddly enough, she was called Jane – and had three children.

“We met at a lunch and we found that we couldn’t stop talking. We had so much in common after all – we were both British, we had mutual friends, we both have a bunch of adult children who have left home, and our best friends were even the same best friends.” She says that, at 70, David is every bit as energetic professionally as she is. “He was going to retire, but then he saw me working so hard and he decided to get back into it. 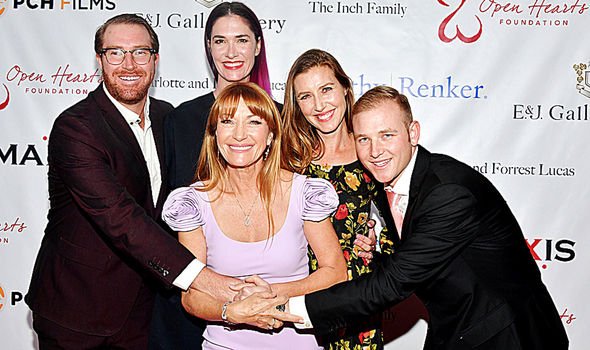 When the two are not working, they’re happily hosting visitors from Britain, including Jane’s two sisters, Sally and Annie.

“I’m the oldest, there’s a year and four months between each of us, and we’re a very tight pack. They are both gourmet chefs – they’re quite frightening actually, because I’m a pretty good cook but they’re both brilliant.

“How it works is, they can’t afford to go to the restaurants, so I take them to a really amazing place that they’ve already decided on, having watched every cooking show on TV and decided which chef they want to try.”

They have a pact, she says, that they’re not allowed to eat anything they already know how to cook, and no one’s allowed to order the same thing.

“So they go in like spies, they taste the food, they talk about it, and then they go back to my house to recreate it. And then they teach the lovely lady who works for me how to cook it too.”

Sounds like a good arrangement. Is Jane maybe thinking of tapping them to cater another wedding?

That’s met with a firm: “No.” She shakes her head.

“I don’t see any reason to mess with that at this stage of my life.

“In fact, I’ve figured something out: the easiest way to avoid divorce is not to get married in the first place!”