Jordyn Woods was apart of the Kardashian-Jenner family’s inner circle for several years. As the childhood friend of Kylie Jenner, Woods became close with Jenner’s older sister, Khloé Kardashian. Unfortunately, the relationship fizzled out in February 2019 when Woods and Kardashian’s ex-boyfriend, Tristan Thompson, was in a cheating scandal. 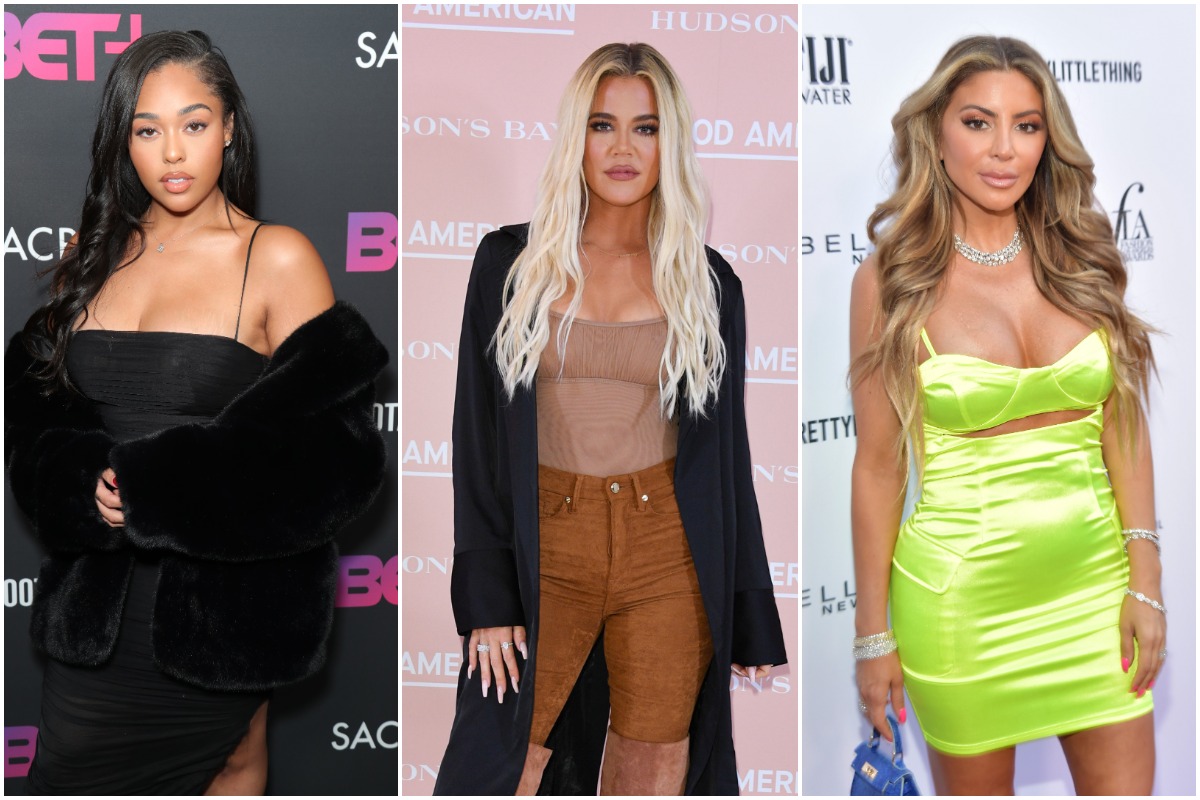 One year later, Larsa Pippen would find herself on the outs with the Kardashian-Jenners as well. Pippen made several accusations against the family in November 2020.

Pippen told Lee on Hollywood Unlocked Uncensored that she suspected something between Thompson and Woods happened before the party.

“I called Kim. She didn’t believe me. She was like, ‘No way. There’s no way.’ Then we called Kourtney, and Kourtney was like, ‘Yeah, I believe it.’ Because there were other situations where [Jordyn and Tristan] were in the same room together, and it was like, a weird feeling,” Pippen recalled, “and Kourtney was in that room.”

Shortly after the news broke, Woods decided to tell her side of the story alongside her family friend, Jada Pinkett Smith, for Red Table Talk. Lee posted that Woods would appear on Red Table Talk via Instagram. Pippen commented underneath Lee’s post and said she wanted Woods to hold herself responsible for her actions.

“Can’t wait to see which version of her story she tells,” Pippen wrote. “Hope it’s the same she told @khloekardashian when she checked her.”

Pippen found herself in a rift with the Kardashian-Jenners in July 2020. Kardashian, Kim, and Kourtney unfollowed Pippen on Instagram. While they never addressed the unfollow, Kim’s husband, Kanye West, tweeted “Larsa” before the unfollow. West then deleted the tweet.

In November 2020, Pippen spoke to Hollywood Raw Podcast about her alleged feud with the Kardashian-Jenners. During the interview, Pippen claimed that West “brainwashed” the family into not talking to her. Additionally, Pippen told the podcast’s hosts that she dated Thompson before Kardashian.

“I was kinda seeing Tristan before Khloé,” Pippen said. “Before Khloé or any of them knew he existed.”

After the scandal broke, Woods stopped associating with the Kardashian-Jenners. She moved out of Kylie’s house, and Kylie later unfollowed her on Instagram. Woods soon spent time with her other friends like Megan Thee Stallion and Jaden Smith. The model also ventured into music and acting, with appearances on The Masked Singer and Grown-ish. In September 2020, Woods announced she found love with NBA star Karl-Anthony Towns.

Cosmopolitan UK interviewed Woods for its December 2020/January 2021  issue. During the interview, Woods shared how she felt about the recent rift between Pippen and Kardashian. Woods expressed she wasn’t interested in the drama between the former friends. She said she’s “all about moving forward,” and is “just focused on myself and my well-being.”