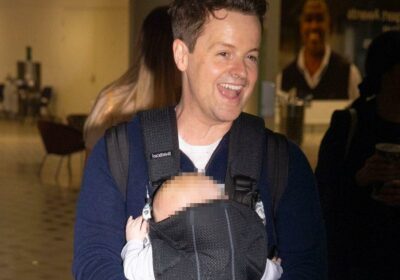 With the new series ofI’m A Celebrity… Get Me Out Of Here! set tohit our screens in a matter of weeks, this year’s campmates have started making their way to Australia ahead of their time in the jungle.

As they prepare for the hit ITV show, contestants includingLove Island star Olivia Attwood, England Lioness Jill Scott and Loose Women’s Charlene White have all been spotted landing Down Under.

But while the new campmates may be heading to the jungle for the first time, for presenters Ant and Dec, the trip to Australia marks a highly anticipated return to Oz.

And a lot has changed since the last series of I’m A Celebrity was filmed in Australia back in 2019, with hostDeclan Donnelly now being a dad to four year old Isla and three month old Jack.

After landing in Australia, Dec, 47, opened up about how working on the show is a lot different with his kids in tow and even joked about the possibility of roping inAnt to help with his childcare needs.

“It is very exciting, I can't wait to get going,” he said. “We have got the family here, baby Jack. And Isla is here, we have got the whole gang.

“It is a bit more stressful coming now, you watch less movies. But it is fine and great to be able to bring them out. We can have a bit of family time as well as getting the series going as well.”

When asked if he might rope in Ant for some babysitting, Dec joked and said “absolutely”.

And with other celebs includingradio DJ Chris Moyles, Coronation Street star Sue Cleaver and Hollyoaks actor Owen Warner being spotted arriving in Australia, the TV personality remained tight lipped about the line-up, though said he was “excited” about this year’s campmates.

“I can neither confirm or deny any of the people of course,” Dec said.

“I found out the line up a couple of months ago when we were shooting the South Africa show. We have just posted a reaction video on social media. We are really excited , it is really excited to be back and I cant wait to get going.”

Ahead of the show’s launch on November 6, fans have been getting their first glimpse of the first I’m A Celeb in Australia since the Covid-19 pandemic, with the first terrifying challenge being revealed.

Photos of the first task from this year’s series show that contestants will be up against the infamous Walks The Plank challenge and will be required to walk long runways while suspended in the air.