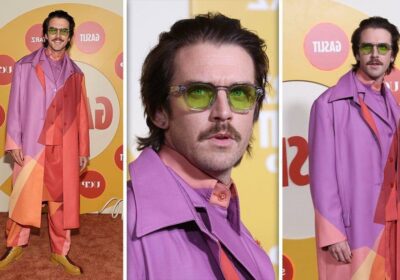 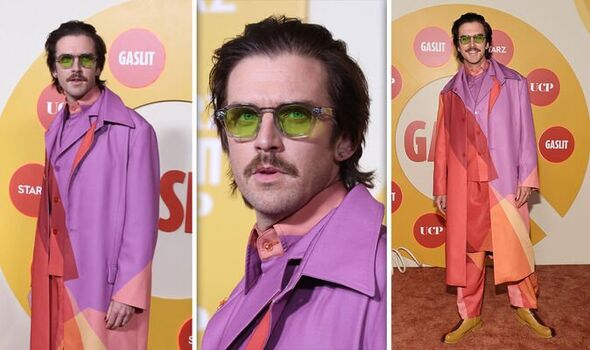 The actor was attending the premiere for his new TV show Gaslit.

The actor, 39, did not shy away from colour as he donned a bright suit for the premiere of his new show, Gaslit.

His suit featured a purple, red and orange block colour design with a matching shirt, jacket and trousers.

Even his maroon and mustard-toned boots were the same striped block pattern.

Dan slicked his hair back and teamed the daring look with some green tinted sunglasses.

While he is possibly most famous for playing Matthew Crawley in Downton Abbey, Dan recently went viral for his speech on The One Show about Boris Johnson.

Pretending to be talking about Gaslit, which tells the story of the Watergate scandal, he said: “Well, what you’ve got is a criminal for a leader, who is wrapped in a messy war, embroiled in a stupid scandal, and surrounded by ambitious idiots and really should resign.”

He then covered his mouth and said: “No, I’m sorry, that’s the intro to Boris Johnson, I’m so sorry!”

He wore a matching purple, red and orange ensemble.

Dan accessorised his look with some green-tinted sunglasses

He slicked his hair back as he posed for photos.

He plays John Dean, having replaced Armie Hammer in the role.

He is currently starring in Gaslit, which is about the Watergate scandal

He pretended to describe the premise of the show before revealing he was referring to Boris Johnson in a moment that went viral.