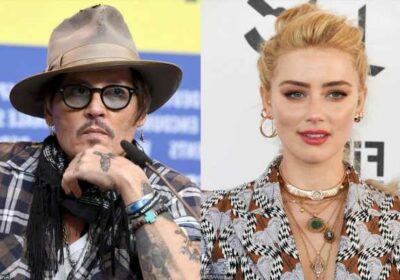 Just weeks after seven-person jury found that the ‘Aquaman’ actress has defamed her ex-husband, her lawyers argue with the court that the wrong juror was seated at the trial.

AceShowbiz –Amber Heard‘s lawyers are asking the court to declare a “mistrial” in her defamation case against Johnny Depp. Weeks after being found guilty of defaming her ex-husband, the “Aquaman” actress has her lawyers alleging that the wrong juror was seated at the trial.

The 36-year-old star was found, back in June, to have defamed her ex-husband in an article, in which she claimed she was a victim of domestic abuse and her ex-husband was awarded $15 million in compensatory and punitive damages, by a unanimous seven-person jury in Fairfax, Virginia.

On Friday, July 8, however, Deadline reported that a 77-year-old individual was called up for jury duty but appears to live at the same address as a 52-year-old with “the same surname,” who was the juror actually seated throughout the trial.

“Ms. Heard had a right to rely on the basic protection, as prescribed by the Virginia Code, that the jurors in this trial would be individuals who were actually summoned for jury duty,” the filing read. “In this case, it appears that Juror No. 15 was not, in fact, the same individual as listed on the jury panel. Thus, the 52-year-old- (redacted) sitting on the jury for six weeks was never summoned for jury duty on April 11 and did not ‘appear in the list,’ as required.”

The filing went on to claim that as a result of the alleged mistake, the “due process” of Heard had been “compromised” and therefore claimed that a mistrial should be declared, which would render the initial trial and its outcome invalid. It continued, “Ms. Heard’s due process was therefore compromised. Under these circumstances, a mistrial should be declared, and a new trial ordered.”

The news came just days after Heard’s team also alleged that the “Pirates of the Caribbean” star was not entitled to any damages he was awarded because “there is no evidence of damage to Mr. Depp’s reputation caused by Mrs. Heard’s Op-Ed.”